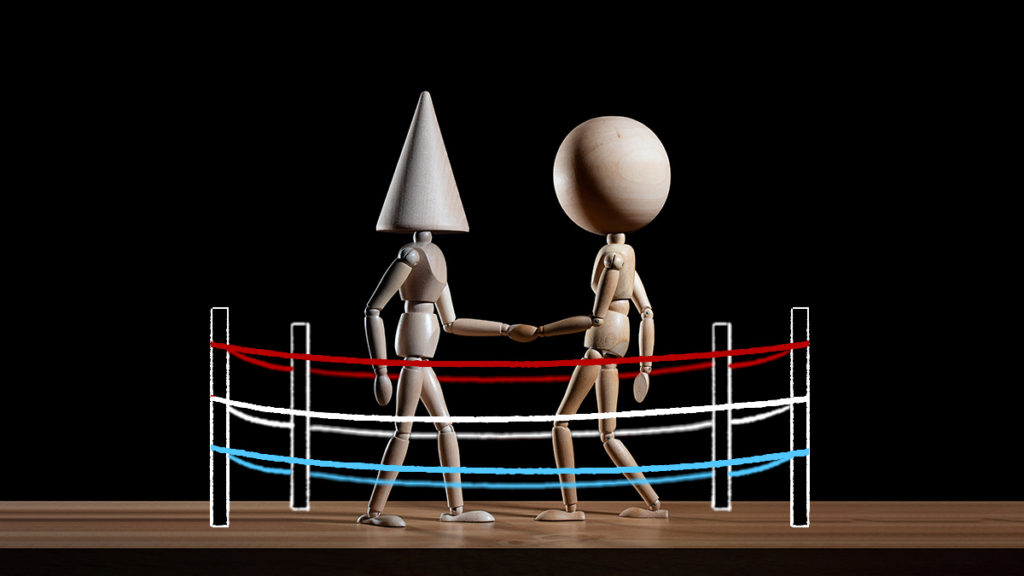 The average woman is less competitive than the average man: she is less likely to describe herself as competitive and less willing to enter a competition. In the workplace, this difference translates to performance; recent research by economists and political scientists indicates that competitive people do better socioeconomically. For example, among graduates of a top MBA program, the gender difference in competitiveness accounted for 10% of the gender gap in earnings 9 years after graduation; among female and male economists in France it accounted for 76% of the promotion gap.

So why are women less competitive than men? Past research has pointed to evolutionary pressures, the domestic roles that women have traditionally played, and the patriarchal social order. These accounts suggest that men are more competitive because the payoffs of competition are higher for them. Other accounts have linked the gender difference in competitiveness to men’s higher levels of confidence: Women shy away from competition because they’re less likely to think they’ll win.

But no one can change evolutionary or past historical trajectories. My colleagues Sun Young Lee, Andrew Elliot, Madan Pillutla, and I wondered whether the beliefs women and men hold about competition today — which can be articulated, examined, and changed through reflection — might also explain their different appetites for competition. If so, we might be able to equip women and men with a way to change those beliefs, those appetites, and their careers.

Our first step was to create a scale to systematically and comprehensively measure women’s and men’s beliefs about competition. We began by asking 119 women and 111 men what they consider to be good and positive about competition, and what they see as bad and negative about it. (All of these people were Americans, ranging from 18 to 82 years of age, with an average age of 36 years. Ninety-nine percent of them had work experience.)

We condensed their responses into a smaller number of recurring themes. In the end three explanations emerged about why people believe competition is good, and three about why they believe it is bad. On the positive side, competition has the potential to (1) boost performance, (2) develop one’s character, and (3) lead to innovative problem-solving. On the negative side, competition potentially (1) encourages unethical behaviors, (2) damages people’s self-confidence, and (3) hurts relationships.

We ultimately found that this difference in beliefs explains some of the gender difference in competitiveness. After measuring people’s beliefs about competition, we invited them to participate in what we told them was a different study, for which they could earn a bonus. We asked them whether they preferred that their bonus be based on their competitive performance (how their performance compared to others’), or their absolute performance (regardless of how others performed). We found that, indeed, people with more positive beliefs about competition were more likely to choose the competitive bonus scheme. Of the women, 21% chose the competitive option, compared to 36% of men. Men’s higher levels of competitiveness are partly explained by the more positive beliefs they hold about the outcomes of competition.

This has implications for all of us when we are confronted with the opportunity to compete in the workplace. Few of us ever explicitly wonder whether these kinds of contests are good or bad or whether we should strive to be more or less competitive. But we may hold these beliefs anyway — and they may seriously affect our professional prospects and earning potential. It is thus worthwhile to give serious thought to those beliefs so we’re better prepared to respond thoughtfully to potentially competitive situations.

Our findings also point to a number of questions for future study. How do people come by their beliefs about competitiveness? Are they transmitted through peers, parents, schools, or the popular culture? Does early experience in competitive sports instill more positive beliefs about competition? Are women more pessimistic about the upside of competition because they indeed do experience competition differently? Understanding these triggers may be able to help us design more effective messages around competition.

What Are Your Beliefs About Competition?